Resolve to Check Eligibility in the New Year 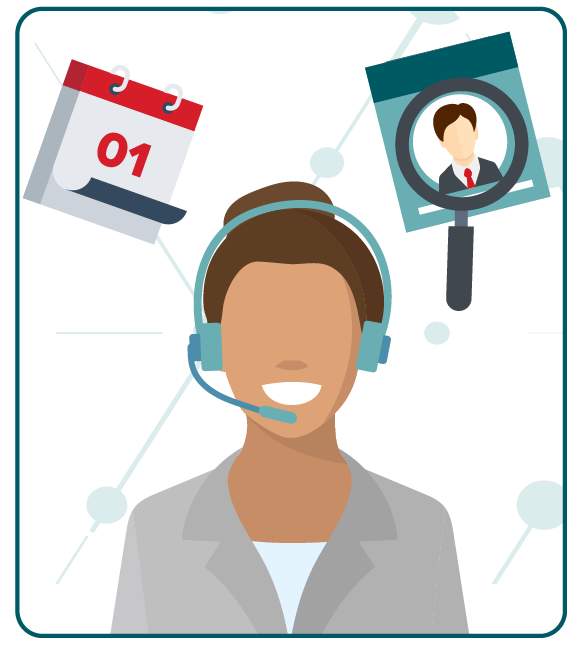 With a new year comes new insurance coverage for many patients. When resources and time are stretched thin, it's easy for some tasks to fly under the radar, like checking patient eligibility. However, to prevent delayed payments, each office should request insurance cards (and scan them) for any patient being seen for the first time in the new year. And, while you’re at it, be sure to double check and update demographic information, such as addresses, phone numbers, etc..

Inefficient upfront benefit verification processes open practices up to costly risks. Providing care to patients without the proper coverage will turn reimbursement into a considerably uphill, if not impossible, climb.

Collecting from Patients – The Struggle is Real

Check out our latest infographic which outlines the patient payment problem, best practices for patient account resolution and tips on how to improve collections at your practice.

As more of the financial burden of healthcare falls on patients, many are finding themselves underwater and unable to pay at the time of service. A consequence of this trend is rising patient debt, which is increasing exponentially.  A 2016 survey from Physicians Foundation found that 40 percent of patients have medical debt. Unfortunately for providers, this creates a growing credit risk.

Practices must rethink their revenue cycle strategy as more financial responsibility is placed on the patient.  Simply sending a bill after a patient visit, a standard practice for most providers, is becoming less and less effective. Statistics tell us that once a patient steps outside the office door after a visit or procedure, the balance due is not likely to be paid, now or ever.

Why Specialty Practices Should Focus on Margin With a greater portion of healthcare costs falling on the shoulders of patients, physicians are less likely to see the types of revenue streams they previously relied on. Unfortunately, reimbursements for medical services are not expected to increase, and are becoming more and more challenging to attain.

In the past, practices focused on increasing revenue to ensure financial success. Today, the focus must shift to decreasing cost—and therefore increasing margin. Physician practices cannot only rely on providing excellent care, they must also be business savvy and fiscally minded.

No specialty practice wants to sacrifice patient care to increase its margin. We know physicians need to spend more time with patients and less time on administrative functions to sustain a healthy business. According to InstaMed's 2016 Trends in Healthcare Payments Seventh Annual Report, the average physician spends 21 percent of their day on non-clinical adminstrative tasks. Outsourcing some administrative functions, like billing and collections, can help reduce the administrative burden and is often more cost-effective than hiring additional staff.

How to Reduce Phone Calls for Faster Payments and Happier Patients In an article for Optometry Times, Dr. Justin Bazan, owner of Park Slope Eye in New York City's Brooklyn neighborhood, detailed how his office operates almost completely phone-free. This strategy won't work for every practice, but Bazan's reasoning is sound. He realized phone calls interrupted the patient experience, taking providers and other staff away from the people standing directly in front of them. Additionally, every call cost his practice money. In an industry where expenses are at an all-time high and collections are increasingly volatile, Bazan knew he had to cut costs wherever possible.

Specialty practices should consider how phone calls are impacting their patient experiences and their bottom line. Do you know how many calls your practice receives each month, and how much they cost? By reviewing your call frequency and duration, you might find every time someone answers the phone costs your practice as much as $20 in lost productivity and overhead expenses. Instead of spending time answering basic questions— the reason for most phone calls—your staff can attend to more patients, investigate payment issues and perform other tasks that increase revenue. Important KPIs your specialty practice should measure and monitor on a regular basis­—and how to calculate them.

Managing the revenue cycle at a specialty practice is challenging. To be successful, Billing Managers and Practice Administrators should monitor certain Key Performance Indicators (KPIs) to better understand how effectively they are managing the practice's revenue cycle—especially billing, collections and payers.

MedEvolve’s RCM team has identified seven measures a specialty practice should be familiar with to ensure maximum financial and operational performance. However, it’s not enough just to monitor these metrics, you must take action when an issue is identified to resolve it so it does not continue to impact your revenue.

Negotiating insurance contracts is one of the least enjoyable aspects of any specialty practice. However, it's a necessary burden to maintain revenue, and the effort will be beneficial as you may achieve an increase in reimbursements of between 3 and 10 percent, according to Medical Economics. If anything, negotiation forces businesses to review their existing contracts so they know all the terms and conditions. Here's a run down of the negotiation process:

Do your homework
Assess your local market and see where you come up against other practices. What specialties, services or procedures do you offer, and how much competition do you face? Dr. Dean Gesme, an oncologist in Minnesota, recommended conducting a SWOT analysis, assessing your strengths, weaknesses, opportunities and threats to give you greater leverage during negotiations.

Since doctors began taking the Hippocratic Oath, they have struggled with requiring payment for treatment of patients. For a doctor, it is their duty to treat a patient and sometimes they may be too willing to dismiss a copay or balance due because they empathize with a patient’s situation or maybe have a long-standing relationship. Collecting money that is owed is awkward for most business owners if a client does not immediately offer payment when it comes due. An unfortunate consequence of the increase in patient financial responsibility is that the practice of collecting on patient balances can turn you, your practice, and your staff into the enemy—the dreaded debt collector.

According to the U.S. Code of Federal Regulations, a practice must “make a reasonable effort to collect” on a patient bill before it can be considered a write-off.

What Defines a “Reasonable Effort to Collect?”

With respect to Medicare and Medicaid, “reasonable effort to collect” has been interpreted to mean that the provider sends three statements to the patient and if the patient does not respond, the account may be written off.  Since third party billing rules can be difficult to decipher and differentiate, it’s typically a best practice to use Medicare and Medicaid as the standard for all payers.